WIN A TRIP TO PRAGUE!

Euro Jet Intercontinental Ltd. is pleased to announce launch of the "Win a Trip to Prague" contest that runs on Euro Jet's Facebook fan page.

All you need to do to participate is Like us on Facebook and enter the contest by answering the question in the entering form. The 75th correct answer wins an air trip to Prague, Czech Republic, including air tickets and a stay in a 4-star hotel for two.

This contest is sponsored by Eurojet Servis, s.r.o., a limited liability company with its registered office at Prague 6, Vokovice, Evropska 136/810, zip code: 169 00; ID No. 262 10 860; registered in the Commercial Register administered by the Municipal Court in Prague, Section C, Insert 80045, hereinafter referred to as “Sponsor”.

The “Weekend in Rome” Contest (hereinafter referred to as “Contest”) runs online, on the Facebook social network fan page of Euro Jet: http://www.facebook.com/EuroJet, being launched in the Czech Republic, and shall run from January 8th 2013 to March 31st 2013, both dates inclusive.

The Contest is open to any individual over the age of 22 years, who will use the Facebook social network to:

a) log in, become a fan of Euro Jet, and enter the “Win a Trip to Prague” section during the Contest period;

b) complete the registration form in the Contest section by submitting personal information such as Entrant’s surname, last name, e-mail address, phone number, day, month and year of birth, and city and country of residence;

c) give their permission to the Sponsor to process their personal information filled in the registration form;

d) answer the Contest question stated in the registration form.

The Contest question to be answered by the Entrants:

WHEN DID EURO JET INTRODUCE ITS REBRANDED IMAGE?

(Hint:The right answer is the date of publishing the press release announcing rebranding. It can be found on both Euro Jet’s webpage and Facebook timeline.)

No purchase or payment of any consideration is necessary to enter the Contest. Only one entry per person will be considered for Contest entry. No multiple entries are allowed.

The one (1) Winner will gain an air trip for two (2) persons to Prague, Czech Republic, including a 2-night stay in a 4-star hotel.

The one (1) Entrant whose answer to the Contest question will be submitted as the 75th correct answer will be declared the Winner.

The Winner will be contacted by the Sponsor via e-mail or via phone number submitted in the registration form until April 5th 2013, to claim the prize and to agree on the date of accepting the prize. The Winner will be required to provide evidence of identity by a valid personal ID card in connection with claiming the prize. Should the personal data submitted in the registration form differ from the personal data on the personal ID card of the Winner, the prize will be forfeited and alternate Winner may be determined; in such case, the Entrant whose answer to the Contest question was submitted as the 76th correct answer will be declared the Winner.

After the Winner will be declared, the Sponsor shall announce in the Contest section on Euro Jet’s Facebook fan page at http://www.facebook.com/EuroJet that the prize has been awarded.

Shall the prize be rejected or not claimed by the Winner, the Sponsor reserves the right to deal with the unclaimed prize in any manner deemed fit, without any obligation to compensate the prize value to the Winner.

Additional prizes: Each 30th correct answer to the Contest question will be declared the Winner of the additional prize and such Entrants will be presented with the Euro Jet gift parcel.

All employees of the Sponsor or any other individuals who are concerned with running or organizing the Contest due to their official position within the Sponsor company, as well as their immediate family (i.e. parents, spouse, children, siblings and grandparents), and household members of each such employee, are not eligible to enter the Contest.

Failure to adhere to any of the terms and conditions listed in this Contest Terms and Conditions will result in disqualification and the nullification of contestant’s privileges to further participate in the Contest.

Contestants who either are not eligible to participate or fail to adhere to the Contest Terms and Conditions will be disqualified. Provided that in spite of above mentioned, such person will be declared the Winner, e.g. as a result of submitting false information, the prize will be forfeited.

The Sponsor has the sole discretion to determine whether the submitted data are correct and applicable, as well as disqualify contestants who do not adhere to the Terms and Conditions. The Sponsor’s decision is final.

6. RIGHTS AND OBLIGATIONS OF THE SPONSOR

The Sponsor reserves the right to substitute the declared prize for a prize of similar type and equal value in the event the prize is unavailable, as well as to change the conditions of awarding the prize in case the prize will not be provided to be awarded to the Winner in accordance with the Terms and Conditions.

The Sponsor reserves the right to change the Terms and Conditions or Contest period at any time or cancel the Contest without prior notice.

The Sponsor claims no responsibility or liability in connection with use of the prize.

By entering the Contest, the Entrant agrees to be bound by the Contest Terms and Conditions and adhere to them.

Neither participation in the Contest nor the Prize may be enforced by law or alternatively compensated in cash.

The contest is governed by the internal laws of the Czech Republic. By entering the contest, each contestant agrees:

a) in accordance with act No. 480/2004 as amended, to the use of hers/his telephone number and e-mail address by the Sponsor and the company entitled to organize the Contest, for Sponsor’s business and marketing purposes, especially for the purpose of sending business newsletter;

THIS IS WHO WE ARE: STEP INTO THE EURO JET CALENDAR 2016 (yakety yak) 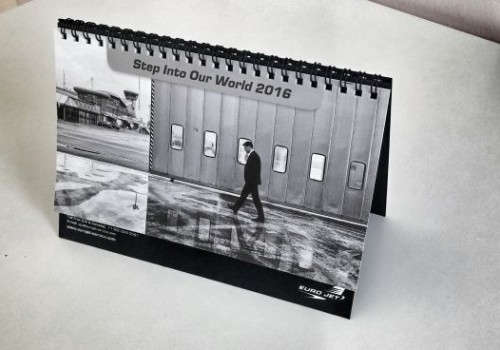 Euro Jet Goes for the Gold Standard in Sochi 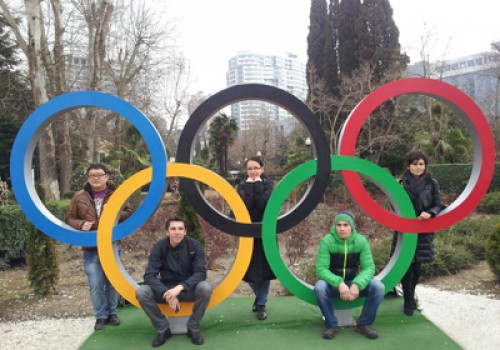 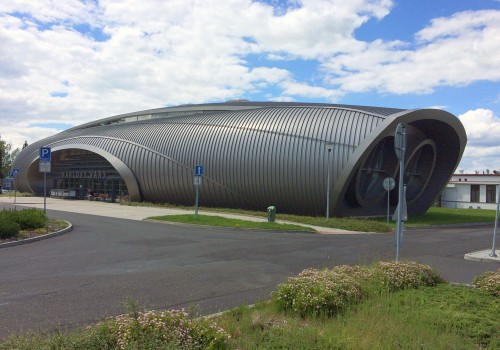