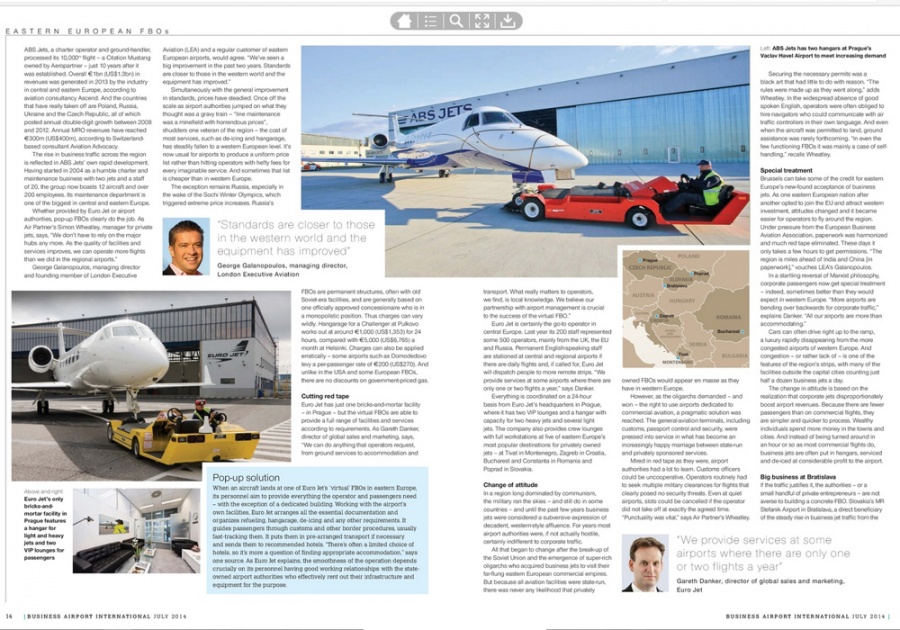 Eastern Europe has become the home of the ‘virtual FBO’, which provides all the usual services one would expect to receive at an FBO facility with the exception of a dedicated building.

In a region of government-owned airports, a new kind of highly ﬂexible, ground-based operator has emerged to provide services for business jets in what is turning into an increasingly fruitful cooperation with local authorities. The region’s specialist in these virtual facilities is Prague-based Euro Jet (see Pop-up solution, page 14), which has gone from a mere handful of instant FBOs to a 200-airport network in the space of a decade. An ingenious solution in an overwhelmingly state-dominated aviation sector, Euro Jet taps ofﬁcial resources to meet the needs of a steadily growing ﬂeet of eastern Europe-based business jets as well as operators from outside the region.

The death of concrete

Whether provided by Euro Jet or airport authorities, pop-up FBOs clearly do the job. As Air Partner’s Simon Wheatley, manager for private jets, says, “We don’t have to rely on the major hubs any more. As the quality of facilities and services improves, we can operate more ﬂights than we did in the regional airports.” George Galanopoulos, managing director and founding member of London Executive Aviation (LEA) and a regular customer of eastern European airports, would agree. “We’ve seen a big improvement in the past two years. Standards are closer to those in the western world and the equipment has improved.” Simultaneously with the general improvement in standards, prices have steadied. Once off the scale as airport authorities jumped on what they thought was a gravy train – “line maintenance was a mineﬁeld with horrendous prices”, shudders one veteran of the region – the cost of most services, such as de-icing and hangarage, has steadily fallen to a western European level. It’s now usual for airports to produce a uniform price list rather than hitting operators with hefty fees for every imaginable service. And sometimes that list is cheaper than in western Europe. The exception remains Russia, especially in the wake of the Sochi Winter Olympics, which triggered extreme price increases. Russia’s FBOs are permanent structures, often with old Soviet-era facilities, and are generally based on one ofﬁcially approved concessionaire who is in a monopolistic position. Thus charges can vary wildly. Hangarage for a Challenger at Pulkovo works out at around € 1,000 (US $1,353) for 24 hours, compared with € 5,000 (US $6,765) a month at Helsinki. Charges can also be applied erratically – some airports such as Domodedovo levy a per-passenger rate of € 200 (US $270). And unlike in the USA and some European FBOs, there are no discounts on government-priced gas. Cutting red tape Euro Jet has just one bricks-and-mortar facility – in Prague – but the virtual FBOs are able to provide a full range of facilities and services according to requirements. As Gareth Danker, director of global sales and marketing, says, “We can do anything that operators request, from ground services to accommodation and transport. What really matters to operators, we ﬁnd, is local knowledge. We believe our partnership with airport management is crucial to the success of the virtual FBO.” Euro Jet is certainly the go-to operator in central Europe. Last year its 200 staff represented some 500 operators, mainly from the UK, the EU and Russia. Permanent English-speaking staff are stationed at central and regional airports if there are daily ﬂights and, if called for, Euro Jet will dispatch people to more remote strips. “We provide services at some airports where there are only one or two ﬂights a year,” says Danker. Everything is coordinated on a 24-hour basis from Euro Jet’s headquarters in Prague, where it has two VIP lounges and a hangar with capacity for two heavy jets and several light jets. The company also provides crew lounges with full workstations at ﬁve of eastern Europe’s most popular destinations for privately owned jets – at Tivat in Montenegro, Zagreb in Croatia, Bucharest and Constanta in Romania and Poprad in Slovakia.

Brussels can take some of the credit for eastern Europe’s new-found acceptance of business jets. As one eastern European nation after another opted to join the EU and attract western investment, attitudes changed and it became easier for operators to ﬂy around the region. Under pressure from the European Business Aviation Association, paperwork was harmonized and much red tape eliminated. These days it only takes a few hours to get permissions. “The region is miles ahead of India and China [in paperwork],” vouches LEA’s Galanopoulos. In a startling reversal of Marxist philosophy, corporate passengers now get special treatment – indeed, sometimes better than they would expect in western Europe. “More airports are bending over backwards for corporate trafﬁc,” explains Danker. “All our airports are more than accommodating.”

When an aircraft lands at one of Euro Jet’s ‘virtual’ FBOs in eastern Europe, its personnel aim to provide everything the operator and passengers need – with the exception of a dedicated building. Working with the airport’s own facilities, Euro Jet arranges all the essential documentation and organizes refueling, hangarage, de-icing and any other requirements. It guides passengers through customs and other border procedures, usually fast-tracking them. It puts them in pre-arranged transport if necessary and sends them to recommended hotels. “There’s often a limited choice of hotels, so it’s more a question of ﬁnding appropriate accommodation,” says one source. As Euro Jet explains, the smoothness of the operation depends crucially on its personnel having good working relationships with the state-owned airport authorities who effectively rent out their infrastructure and equipment for the purpose. 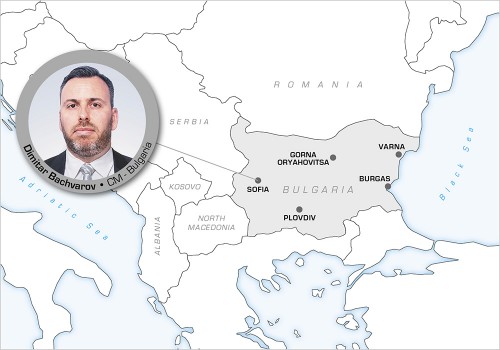 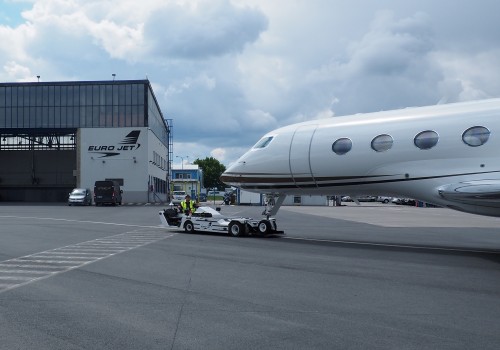 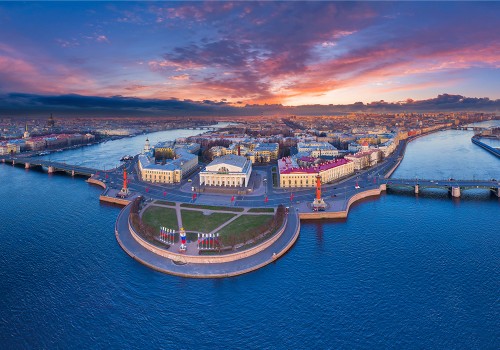