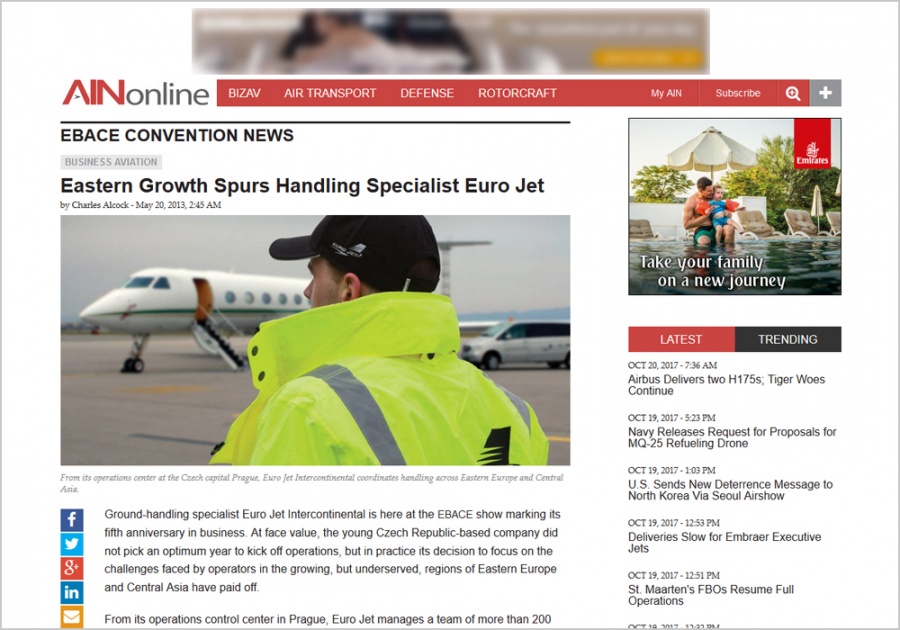 Ground-handling specialist Euro Jet Intercontinental is here at the EBACE show marking its fifth anniversary in business. At face value, the young Czech Republic-based company did not pick an optimum year to kick off operations, but in practice its decision to focus on the challenges faced by operators in the growing, but underserved, regions of Eastern Europe and Central Asia have paid off.

From its operations control center in Prague, Euro Jet manages a team of more than 200 staff, including a network of handling agents spread across 29 countries in its core market. With representation in another 52 countries globally, the company arranges ground support and flight planning, as well as flight permits, fuel, catering, hotels, ground transportation and credit accommodation.

According to sales and marketing director Gareth Danker, Euro Jet is unusual among flight-support companies in having such an extensive network of its own staff on-the-ground throughout Eastern Europe and Central Asia. He told AIN that many operators have legitimate concerns about pricing and billing practices, as well as inconsistent service standards in a region that does not yet boast many experienced business aircraft handlers. In response to this situation, Euro Jet provides experienced and clearly identified support staff at locations, as well as supplying fully transparent invoices.

Now Euro Jet is setting up a crew lounge to serve growing volumes of traffic at Tivat in Montenegro. The Adriatic Sea resort is fast becoming a favorite with wealthy Russians and its airport currently has no dedicated facilities for private jet operators. Parking space is very limited at Tivat Airport, so operators commonly have to drop off passengers.

Meanwhile, Euro Jet also is set to open a new airside crew lounge and a renovated groundside lounge at Prague’s Vaclev Havel International Airport. The company recently acquired a 16,100-sq-ft hangar at the airport, giving it space to store three Cessna Citations or a large-cabin jet. It also has crew lounges in Zagreb (Croatia), Bucharest (Romania) and Poprad (Slovakia), as well as its own ramp vehicles at many locations.

In 2012, Euro Jet provided support for more than 5,000 flights and 500 different customers. It is predicting that both numbers will increase this year, with traffic growth in Eastern Europe continuing at a time when it is largely stagnant in Western Europe.

"While we are very proud to celebrate our first five years, we now look forward to the next five years and beyond," commented Euro Jet CEO Charlie Bodnar. "Investment in Eastern Europe and Central Asia will only continue in the years ahead. As these markets continue to open up, it is inevitable that they will attract more investment."

Summer in the Balkan Region 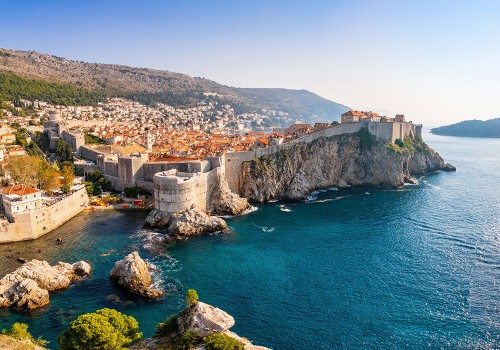 Euro Jet ready to assist with flights to Pakistan 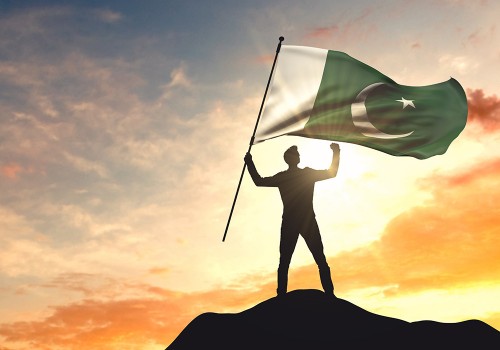 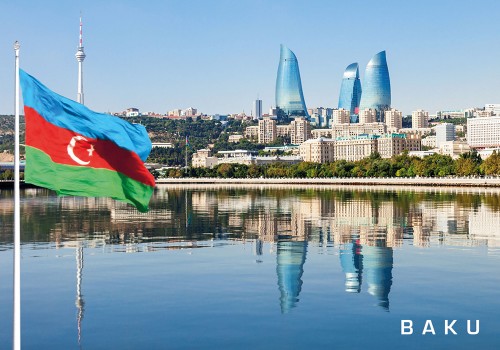